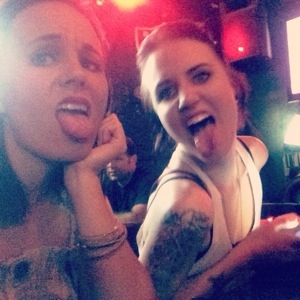 This past Saturday, I was gifted with a 90 minute massage from my family. Typically I love male masseuse’s — mostly because they don’t talk! But also because they’re consistently firm.
When I was with my ex-Hunny I would go to this guy and never have a second thought. But this time, somewhere in the first half hour I realized I don’t get touched as often as I used to, let alone rubbed. Somewhere in the second half hour I realized my massage therapist was in his mid-twenties. And somewhere in my third half hour I realized the sheet wasn’t covering me as it should and I wasn’t wearing undies.
It was the most action I’d gotten in a month.
So I’m laying there, trying to think if this ever happened on Sex and the City, trying to channel well-balanced Carrie and not Samantha. But I’ve def never been massaged that high up on my legs before. Last time with a male masseuse.

Who I Am Out Loud